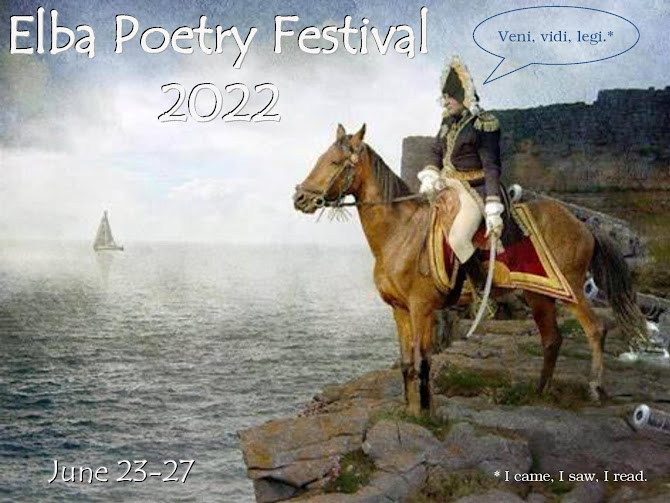 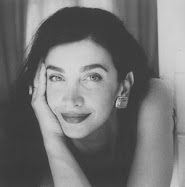 Maram al-Masri – a Franco-Syrian contemporary poet and writer, was born in Lattakia-Syria and moved to France in 1982 following the completion of English Literature studies at Damascus University. Today, Maram is completely dedicated to poetry, writing and translation. She considered one of the most renowned, influential and captivating feminine voice of her generation. 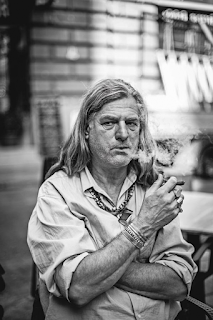 Gabor G Gyukics, Budapest born Hungarian-American poet (jazz-poet), translator, author of 11 books of poetry in five languages, 1 book of prose and 17 books of translations including A Transparent Lion, selected poetry of Attila József in English published in 2006 by Green Integer, an anthology of North American Indigenous poets in Hungarian published in 2015 and a brand new Contemporary Hungarian Poetry Anthology in English titled They’ll be Good for Seed published by White Pine Press in the fall of 2021. He was honored with the Hungarian Beat Poet Laureate Lifetime award in September 2020 by the National Beat Poetry Foundation, Inc. based in Connecticut. He is writing poetry in English and Hungarian. He published his third jazz poetry CD in English with three Hungarian jazz musicians (Béla Ágoston, Viktor Bori, Csaba Pengő) in 2018. At present he is living in Hungary. 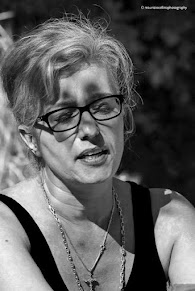 Maria Elena Danelli from Milano, born in Arco di Trento. I paint, write poems, installations and publishing in a home-Workshop-Studio in the historic center of an ancient small town near on SacroMonte of Varese. Theater designer graduated in Brera, I worked for almost thirty years at the "Scenografie Ercole Sormani" in Milano, the first scenographic workshop born in 1838, collaborating with theaters all over the world and film sets. I participated in personal and group exhibitions. My poems and drawings are published by editor Alberto Casiraghy; in Poetic Anthologies, "Novecento non più - To Terminal Realism" by publisher "La vita felice" (2016); "Rise - Anthology", Los Angeles (2017) and "Extreme - An Anthology for social and environmental justice" (2018), both Publisher Vagabond; "Ten hundred thousand Sandro Penna", Free Forms Editions (2018). I partecipated in readings (in 2017 at Bocca Library in Milano; the one interpreting Giovanni Testori at the Sacromonte in Varese in 2019 and the monologue "Lo stupro" by Franca Rame). 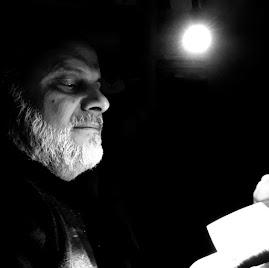 Gaetano Blaiotta, born in Frascineto (CS) in 1957. He deals in writing, drawing, painting and music. He's promoter and animator of cultural events, including the itinerant collective exhibition "DisegnoSogno". His poems have been published in magazines and plaquettes by the editions "PulcinoElefante" by Alberto Casiraghy, editions, "Under the banner of the Harp of grass", and editions "AltreCarte", accompanied by works by his artist friends. With "AltreCarte" he also published the book of poems "Contrappunti" with "All'insegna dell'Arpa d'erba", "Travel notes on the pedals", translated into Dutch, "Due" from the editions "Florentibus" and "Mediterrante" with GaEle Edizioni. His poems have been translated and published in French, Albanian, German, and also by the poet Jack Hirschman in the United States. 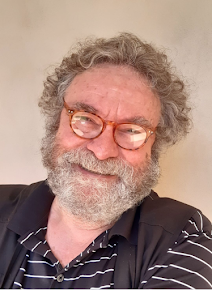 Walter Valeri poet, writer and playwright holds a Masters in dramaturgy at the ART Institute of Harvard University where he taught for seven years and then at the Boston Conservatory until 2018. He has been personal assistant to Nobel laureate Dario Fo and Franca Rame since 1980 to 1995. He founded the International Youth Theater Shipyard in Forlì in 1999 produced by the City of Forli and the University of Bologna. He founded and directed the international poetry festival Il Porto dei Poeti in Cesenatico in 2008 and L'Orecchio di Dioniso in Forli 'in 2016. 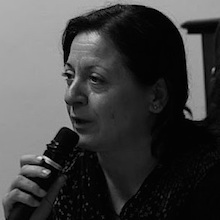 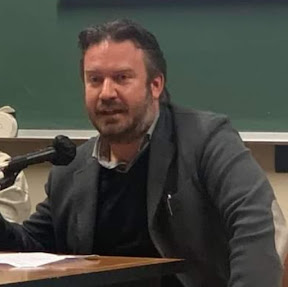 Igor Costanzo (Moniga del Garda, BS). Poet, writer, performer, he has published the poetry books "Innocenza in bilico", "Il cavallino blu", "Apnea"; and the play "Le ferite aperte dalla monotonia". He is among the creators of the Monigart Festival and has worked extensively with Lawrence Ferlighetti, Jack Hirschman, Paul Polanski among many other poetic greats. He's also part of the literary movement Terminal Realism. His works are translated into English, Spanish, Chinese, and Arabic. 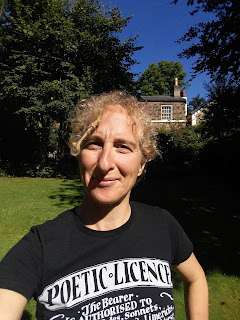 Serena Piccoli (she/her) is an Italian award winning poet, playwright and translator (English, French, Italian) and cultural liaison, organizing and marketing international art events and performance touts through Italy (where she lives). She is the co-founder and director (along with poet Giorgia Monti) of the well acclaimed Poetry and Sister Arts International Festival (Forlì-Cesena, Italy). With her book of political poems against Trump and Berlusconi (former Italian prime minister) “silviotrump”, Serena Piccoli is the only Italian poet in the Locofo Chaps, a politically-oriented poetry series edited by poet William Allegrezza (Moria poetry, Chicago, USA). 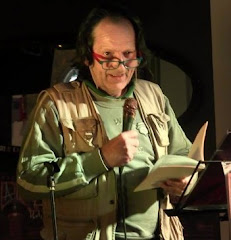 Sandro Sardella is a poet and painter from Varese, area of northen Italy. He read his poems in the 2012 San Francisco International Poetry Festival, where his painting were simultaneously exhibited at The Emerald Tablet Gallery. Translated by Jack Hirschman his “Coloredpaperbits” was published in San Diego in 1996 and others poems in “Five fingers review “ - 19 in Berkeley in 2001. Some poems and drawing was published in: “Revolutionary Poets Brigade”, in “Heartfire”, in “Overthrowing Capitalism” Vol.3 – Vol. 4 and “Extreme: an anthology for social and environmental justice”. Paolo Gambi (Bologna, Italy) is the founder of the Poetry Renaissance. He has published about thirty books, many of which in the Mondadori Group. Some have been translated into five languages. His artistic research revolves around the word in the relationship with the psyche and technology. His one of the first poets in the world to have minted NFT poems. 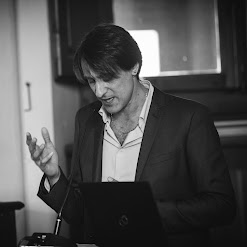 Matteo Rimi was born in Castelfiorentino and lives in Fiesole, Florence (Italy), where he is a councilor of the Associazione Artisti Fiesolani. Graduated in Foreign Languages and Literatures, he then started working in healthcare. Lover of the Beat Generation, for his thesis he made an interesting interview to Lawrence Ferlinghetti in Genoa in 2002 during the Poetic Revolution that involved writers such as Antonio Bertoli and Alejandro Jodorowsky. He has edited a column for the e-magazine Cultura Commestibile, “The State of Poetry”, making interviews with the most important Florentine poets and thus making friends and collaborations. He is a member of 100 Thousand Poets for Change Movement, organizing events and translating during the 100TPC World Conference in 2015 in Salerno, Italy.

Vincenzo Lerario is 47 years old, the poems are taken from Di Lotta, d'Amore and other stories published in September 2020. He previously published the novel “Gli Occhi di Eleonora”, in which he talks about an engaging, authentic, romantic, exclusive love , but not socially permissible.

Gabriella Campini was born in Florence on 4 September 1948. She has been a widow since 2015, after a long and happy married life, and with a son who gives her a lot of satisfaction. She graduated from the unforgettable Liceo Foresi and graduated in Literature in Pisa in 1973, after a few years of substitutes in Florentine schools, she worked at the Palatine Gallery and the National Archaeological Museum in Florence. Her mother is from Portoferraio, she frequents Elba, where she lived for ten years, since she was a few months old. She is bewitched by the sea in all aspects of her, in every season and at all latitudes, but the sea of the island holds a special place in her memories and in her soul.

Girolama Cuffàro, Sicilian from the province of Palermo, archaeologist, she graduated from the La Sapienza University of Rome with a specialist thesis in Archeology on Ancient Painting. She is the daughter of two esteemed artists of the 1930s, Pina Calì painter and Silvestre Cuffàro sculptor, of which the critic Vittorio Sgarbi has become the authoritative guarantor, curating the anthological exhibition at the Villa Cattolica Museum in Bagheria (Pa). She is a naturalized Tuscan and lives on the Island of Elba with her family. She thanks the fate of having been able to take advantage of the influence of great masters, such as Ettore Paratore, Margherita Guarducci, Giusto Monaco unforgotten animator of the Institute of Ancient Drama in Syracuse. She is congenial to the Greek lyric, especially when she is icastic and fulminating: Ungaretti and Montale her "her" poets.

Giovanna Olivari, was born and lives in Genoa. She graduated in Modern Literature, she taught in the Middle School. She loves to play with words, follow their rhythm, look for their sound, enter their metamorphosis, and give her voice to the things she writes. He writes poems, haiku, short stories, fables, monologues, published in various anthological collections and e-books, including I quaderni di Erato, Voices of poetry, Places of words, Il Federiciano 2015, Divergmente 2015, Estemporanea 2016, Genova canta il tuo singing, Ed Zona, 2015; Essence of an island, 2017; Genoese Hours. The Genoese Hours by Henry James, 2017; Binari InVersi 2016: Poetando 2017, in magazines, including «Illustrati», Ed Logos (September 2015, May 2016, March 2017, October 2018), Journal of Italian Translation Vol XIII N.1 Spring 2018, and inserted in theatrical performances. You collaborate with the «Banchina» Literary Club. You are part of the group of Poets of "Genova Voci". You have participated and participate in numerous events, shows, readings, festivals, exhibitions. In 2017 she exhibits Suspended Verses: poems by Giovanna Olivari on skies by Mario Pellegrini. In 2018 she publishes the poetic collection Lo Specchio Nel Mare with Persephone Edizioni she has received several certificates of merit, mentions and recommendations. In 2015 you published the book-object INFERNO-INTERNO.

Savino Carone grew up and studied in Rome. Reading Rimbaud and Baudelaire ignites the interest in poetry and its forms. Wins a competition launched by an institution close to the Ministry of Education, which has as a prize the design and conduct of a radio program, in the specific case "Juke Box all'Idrogen" in conjunction with the release of the book by Fernanda Pivano on Contemporary American Poetry. He lives and works on the Island of Elba, one of the pearls of the Tuscan Archipelago where he has moved for years.

Danilo Alessi lives on the Island of Elba where he mainly carried out political activity, assuming various institutional positions. He was a parliamentary collaborator in the secretariat of the PDS Group during the five-year period 1996-2001 and in the Vice-presidency of the Chamber of Deputies for the following three years. Guarantor of the Audiovisual Archive Foundation of the Worker and Democratic Movement (Aamod), he is the author of the Historical Press Review on Elba from the Unification of Italy to 1960 and of countless reports in conferences and congress assemblies. He was director of the Elba Oggi Communist monthly magazine and has published numerous articles in local newspapers and periodicals. Mayor of the municipality of Rio nell'Elba from 2009 to 2014. With this Publishing House he published in 2015 the novel The fatigue of politics, mention of merit at the Elba Rafaello Brignetti International Award 2015. Mention of merit and special mention of the Jury at the Literary Award National Writing Together, Fifth Edition, with the patronage of Roma Capitale and IX finalist at the Raffaele Artese Literary Prize of the city of San Salvo, year 2015.

Carlo Murzi, 57, resides in the town of Portoferraio (Elba) where he practices as a veterinarian. He has already published the collection of Poems "Situazioni di Viaggio" published in June 2011 by Carta e Penna (Turin). In October 2012 the booklet "Poetry is more alive than ever" comes out, Magi Editore, an anthology that contains 13 poems by Carlo Murzi. In December 2012 the copious collection "Of sea of moon and sand", Persephone Edizioni, was released, in 2013 Appigliata a mano d’uncino. Since 2009, he has participated in numerous cultural initiatives, as well as the awards and prizes he has received. 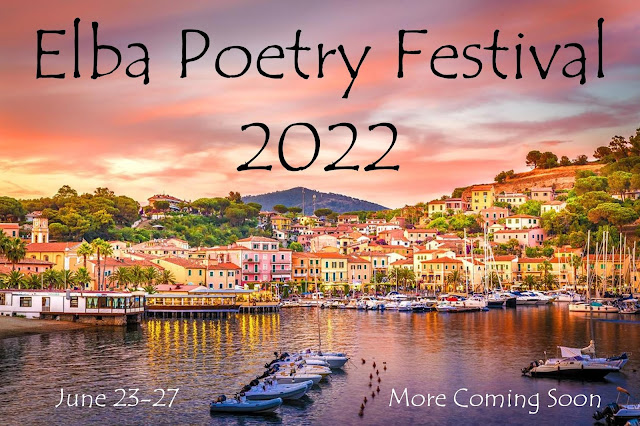 From 23-27 June 2022, poets will gather upon the Isle of Elba, for a Festival of Word and Theatre and Song. It will be a meeting the likes of which we have not seen in many an age and one that is long overdue. This festival will be a celebration of life and friendship bringing our communities back together after a long and difficult winter. With performances being scheduled in Portoferraio, Marciana Marina, Poggio and several other locations upon the island, we will join with some of the greatest Italian poets of our day and a few international surprise features too. People from all corners of the world will want to there... and so will you.